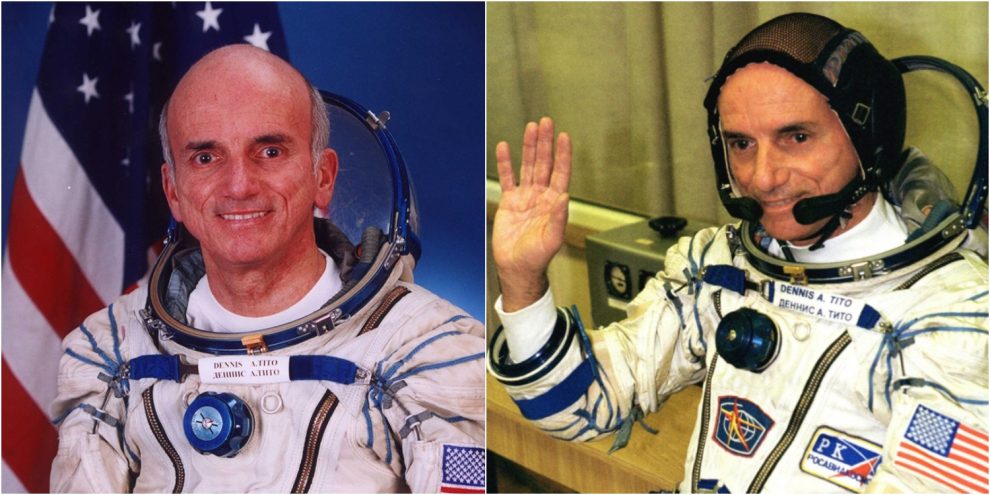 On April 28, 2001, the world’s first space tourist hitched a ride to the International Space Station on a Russian Soyuz spacecraft. The 60-year-old businessman and multimillionaire Dennis Tito funded his own trip to space, and it cost him $20 million. He originally signed a deal with a private company called MirCorp to fly to Russia’s aging Mir space station. Those plans fell through when Russia announced that Mir would deorbit in March of 2001. Tito didn’t let that stop him from going to space. He then made a deal with another company called Space Adventures to go to the International Space Station instead. NASA wasn’t too happy about having guests at the space station, but the Russians had no problem taking Tito’s money and launching him in their Soyuz spacecraft along with two cosmonauts. They met up with the crew of Expedition 2 at the International Space Station and stayed there for about a week before safely returning to Earth.