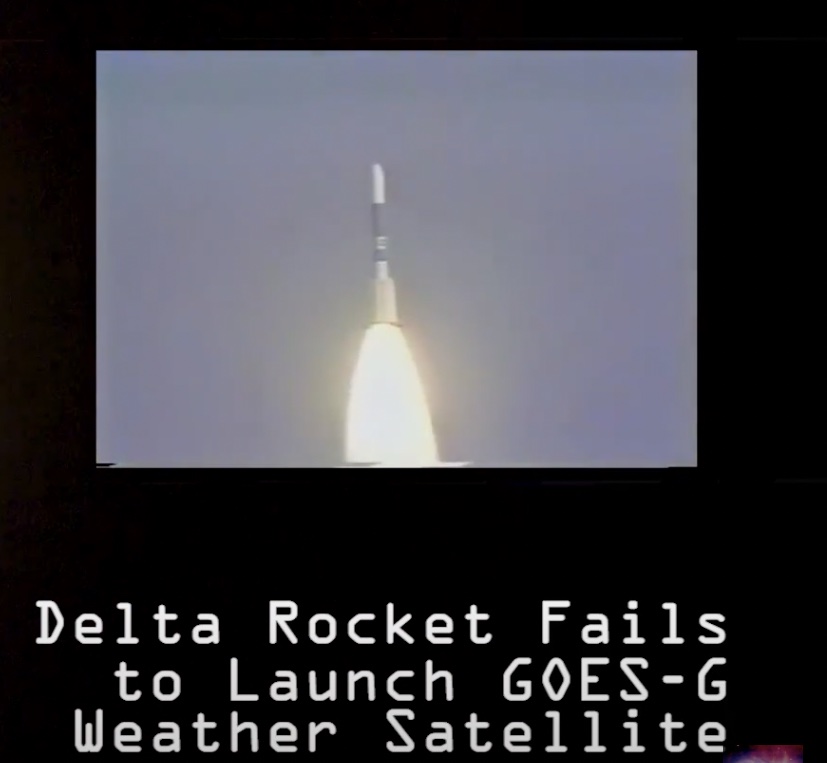 On May 3, 1986, NASA attempted to launch a new weather satellite called GOES-G for the National Oceanic and Atmospheric Administration, but the rocket malfunctioned in mid-air. About a minute after it lifted off from Cape Canaveral, lightning struck the Delta rocket and created a short circuit. This caused the rocket’s main engine to shut down prematurely. It started tumbling around in the sky with some of its strap-on boosters still firing. NASA sent the rocket a command to self-destruct, and it exploded above the Atlantic Ocean. They did this to minimize the dangers of having the entire rocket crash back down to Earth. This launch failure was especially disheartening for NASA, because it was the first launch since the Challenger disaster three months earlier. Investigators found that this Delta rocket had a lot of problems that were known before the launch, especially with the wiring. After the accident, launch companies across the country changed the way they wired their rockets’ electronics.

May 5, 1961: Alan Shepard Becomes the First American in Space
May 1, 1949: Nereid the Moon of Neptune is Discovered.
Comment