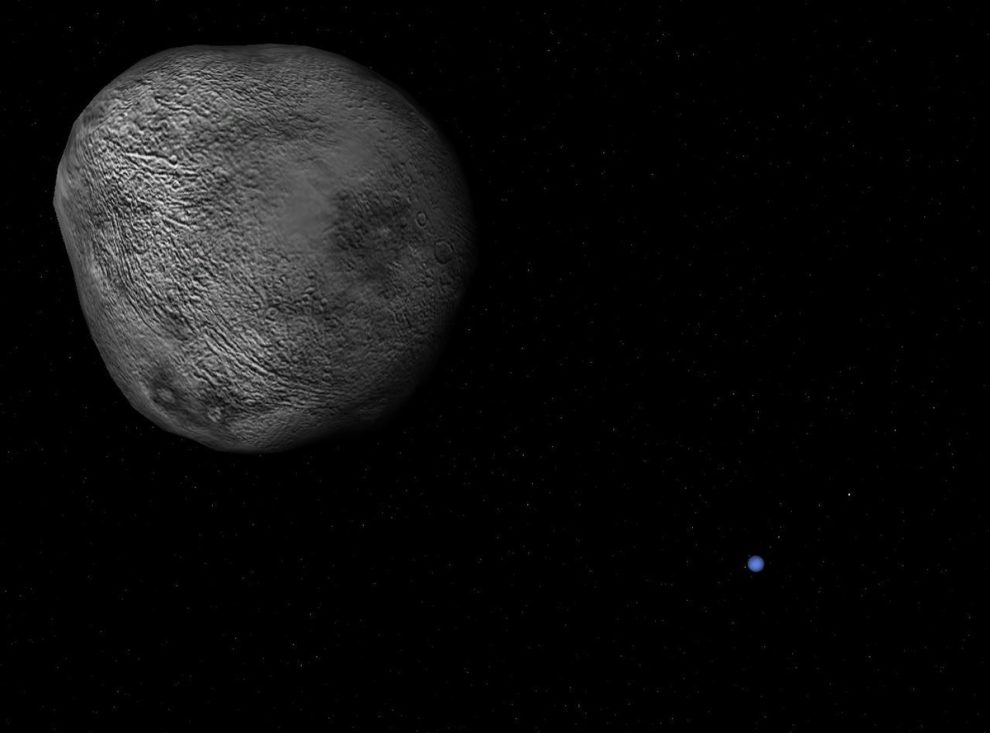 On May 1, 1949, Neptune’s moon Nereid was discovered by the Dutch astronomer Gerard Kuiper. This was the second of 14 moons discovered at Neptune. It was also the last one to be discovered with certainty before NASA’s Voyager 2 spacecraft flew by Neptune in 1989. Astronomers suspected they had observed a third moon before, but it wasn’t actually seen until the Voyager 2 mission.

Kuiper spotted Nereid using an 82-inch reflector telescope at the McDonald Observatory in Texas. He decided to name it after the sea nymphs in Greek Mythology. Neptune was the Roman god of the sea, so Kuiper stuck with the nautical theme when he chose this name. Despite years of astronomical observations, Nereid’s exact shape is still a bit of a mystery. Voyager 2 did get some pictures of Nereid, but they were taken from nearly 3 million miles away and were pretty pixelated. However, spectroscopic observations have shown that it has a neutral color and may have water ice on its surface.