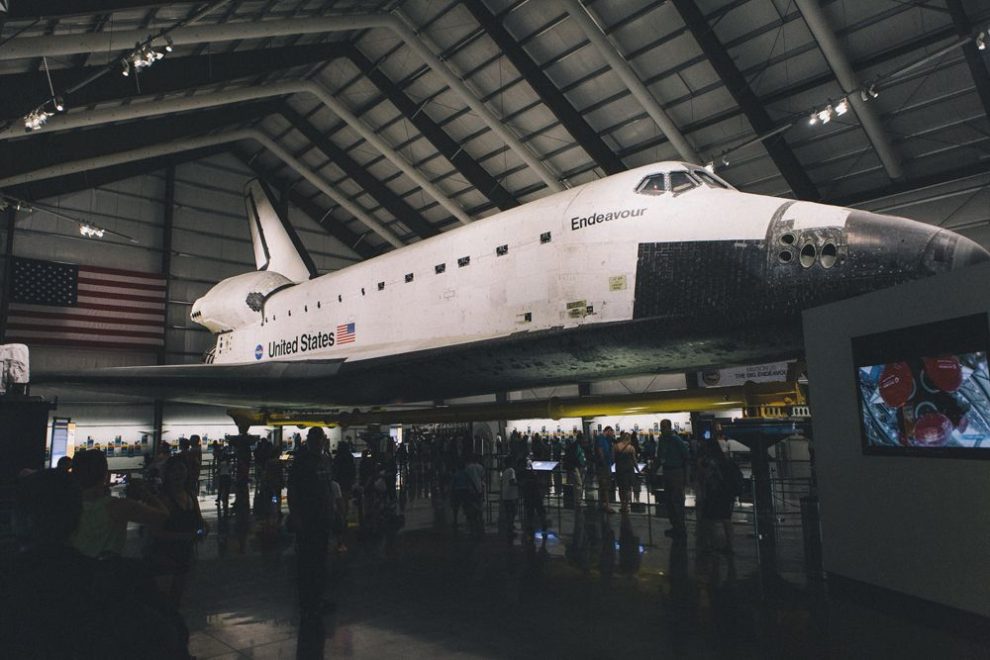 On May 7, 1992, the space shuttle Endeavour launched on its first flight. Endeavour was the fifth and last space shuttle that was ever built, and STS-49 was the first of 25 missions to fly on it. The purpose of this mission was to retrieve a satellite called Intelsat 603, which had failed to reach the right orbit after problems with its launch two years earlier. Three of the six astronauts had to go on a spacewalk together to fetch the satellite, and this was the first time that a trio of astronauts did a spacewalk together. The crew first tried to do the job with just two astronauts going out two days in a row, but the third time was a charm with an extra pair of hands. The three spacewalkers attached a new motor that would enable Intelsat 603 to leave low Earth orbit and head to its intended geosynchronous orbit.