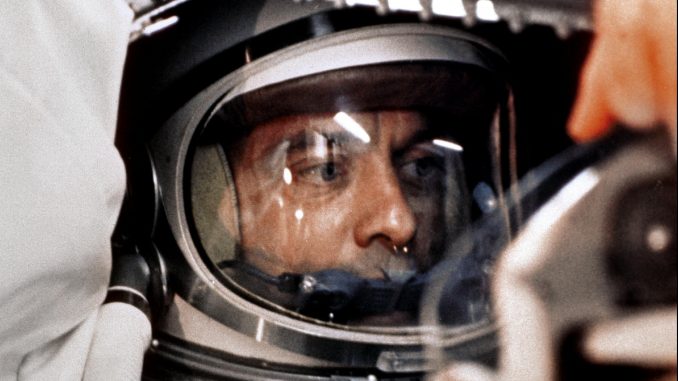 On May 5, 1961, Navy Commander Alan Bartlett Shepard Jr. was launched into space aboard the Freedom 7 space capsule, becoming the first American astronaut to travel into space. The suborbital flight, which lasted 15 minutes and reached a height of 116 miles into the atmosphere, was a major triumph for the National Aeronautics and Space Administration (NASA).

37-year-old Cdr Shepard of the US Navy was launched into sub-orbital flight from Cape Canaveral in Florida in a Mercury 3 capsule attached to a Redstone rocket. He traveled 115 miles into space and landed in the Atlantic just 15 minutes later. His first words after he was picked up by a helicopter were: “Boy, what a ride!”

President Kennedy telephoned to congratulate the astronaut a few minutes after he was flown to the aircraft carrier Lake Champlain. During the flight, Cdr Shepard maintained constant communication with ground control. He opened his periscope, reported on cloud cover over Florida and North Carolina and commented, “Oh, what a beautiful view.” As he re-entered the Earth’s atmosphere, the experienced test pilot was subjected to 11 times the force of gravity and traveled at 5,100mph but managed to report that he was “OK”.

NASA was established in 1958 to keep U.S. space efforts abreast of recent Soviet achievements, such as the launching of the world’s first artificial satellite—Sputnik 1—in 1957. In the late 1950s and early 1960s, the two superpowers raced to become the first country to put a man in space and return him to Earth. On April 12, 1961, the Soviet space program won the race when cosmonaut Yuri Gagarin was launched into space, put in orbit around the planet, and safely returned to Earth. One month later, Shepard’s suborbital flight restored faith in the U.S. space program.

After his mission, Alan Shepard was grounded because of an inner ear infection.
During this time he was head of astronaut training and crew selection. In 1969, the year that Apollo 11 touched down on the Moon, he regained his flight status.

In a controversial move, he assigned himself to command the Apollo 14 lunar landing mission in 1971 during which he became the first – and only – person to play golf on the Moon.

He died in California at the age of 74 in 1998 after a long battle with leukaemia. President Clinton called him “one of our greatest astronauts”.