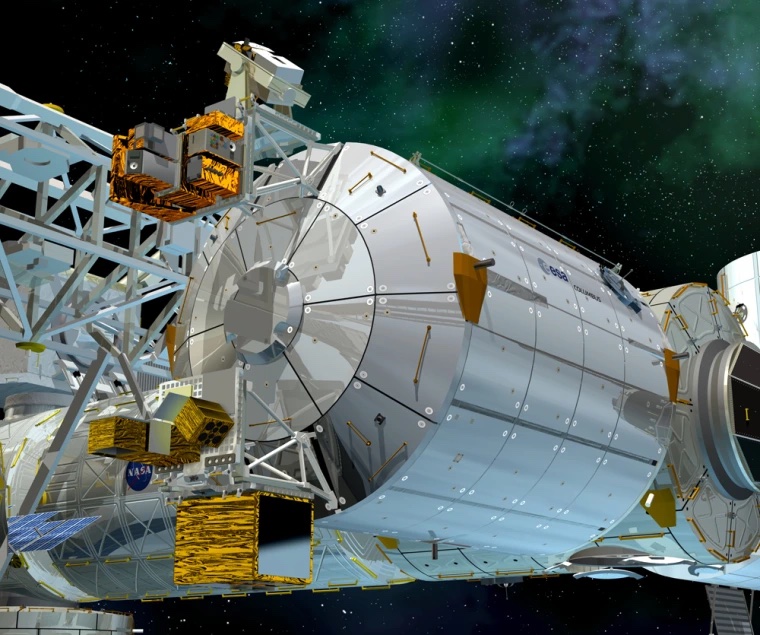 On April 29, 1985, the European Space Agency’s Spacelab launched on the space shuttle Challenger on mission STS-51B. This was the second time the Spacelab went to space and the first time it flew in a fully operational configuration. Spacelab pallets had flown to space on three previous shuttle missions, but this was the first time that the entire laboratory was used to conduct research in microgravity. Spacelab provided a platform for five fields of research: astronomy, atmospheric physics, materials science, life science and fluid dynamics. The lab was shaped like a cylinder and measured about 23 feet long, or about the length of a short school bus. The pressurized module was housed in the shuttle’s cargo bay. Seven astronauts, two monkeys and 24 rodents launched with Spacelab during STS-51B. After spending a week doing research in space, they landed safely at Edwards Air Force Base.