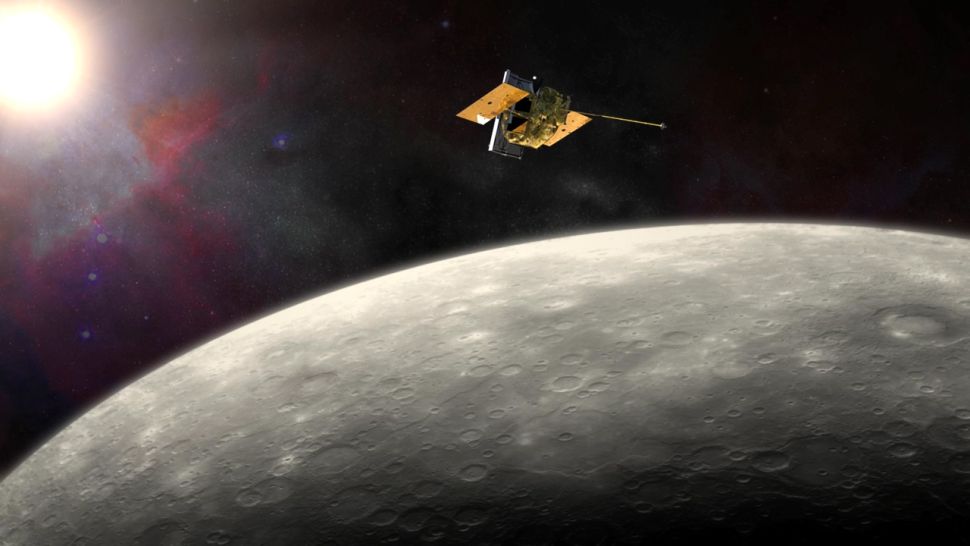 On April 30, 2015, NASA’s MESSENGER Mercury mission came to an end when the spacecraft intentionally crashed into the surface of the small, rocky planet.

MESSENGER was the first spacecraft to orbit Mercury and the second spacecraft to study it up close after NASA’s Mariner 10 flew by the planet in the 1970s. MESSENGER spent four years orbiting Mercury. During that time, it mapped the surface of Mercury in unprecedented detail.

The mission discovered water ice and organic compounds around Mercury’s north pole. It also found that Mercury has a weird offset magnetic field that doesn’t line up with its axis of rotation.

The mission was only supposed to last one year, but NASA extended it twice so it could continue its groundbreaking observations of Mercury. It eventually ran out of fuel, so NASA intentionally crashed it into Mercury, where it created a new crater.