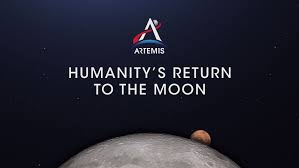 What Will We Do There?

While Mars remains our horizon goal, we have set our sights first on exploring the entire surface of the Moon with human and robotic explorers. We will send astronauts to new locations, starting with the lunar South Pole. At the Moon, we will:

Here is a video by NASA which explains the NASA Artemis Program in detail:

You can read more at: https://en.wikipedia.org/wiki/Artemis_program