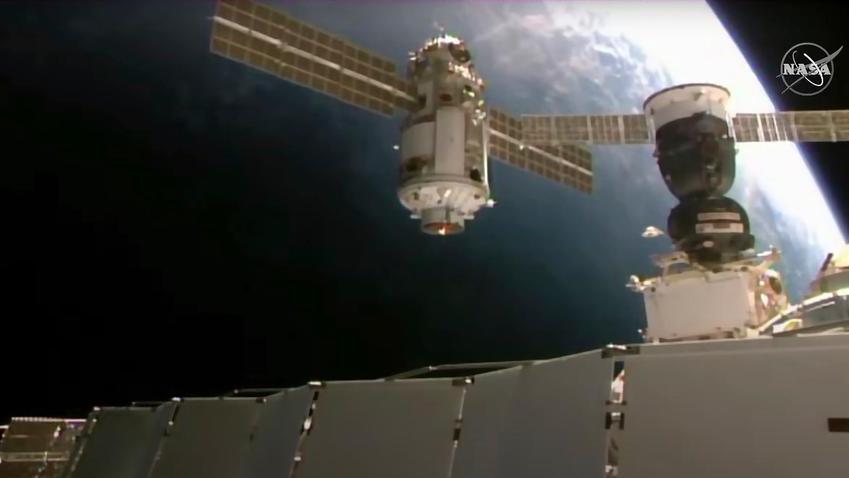 This week, as Russia unleashed a violent assault on Ukraine, the director of Russia’s space agency went on a rant. After President Joe Biden announced on Thursday new sanctions against Russia that would, among other effects, “degrade their aerospace industry, including their space program,” Dmitry Rogozin responded with a series of tweets about the International Space Station: “Do you want to destroy our cooperation on the ISS? If you block cooperation with us, who will save the ISS from an uncontrolled deorbit and a fall on the United States or Europe? … The ISS doesn’t fly over Russia, so the risks are all yours.” 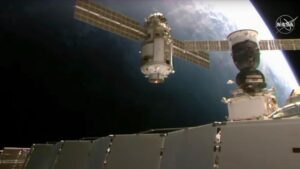 At first glance, the statement seems very outrageous. Particularly because Russia is one of the nations that operate the ISS, and has two of its own cosmonauts on board. (And, although the station’s orbital path falls mostly outside of Russia, the ISS does pass over a small part of its southern border.)

Before the specter of a space station crashing in middle America starts to seem too real, it won’t happen: The International Space Station is not about to come down. Russia can’t press a button and drop it out of its orbit 260 miles above Earth. Rogozin was referring to the fact that the space station currently relies on Russian propulsion systems to maintain its altitude in orbit, and was apparently threatening to withdraw those services if sanctions affected the ISS—and doing it in the most thuggish way possible. Nice space station you’ve got here. It’d be a shame if anything were to happen to it.

Rogozin’s American counterpart, the NASA administrator Bill Nelson, did not respond directly. The agency said in a statement: “NASA continues working with all our international partners”—including Roscosmos, the Russian space agency—“for the ongoing safe operations of the International Space Station.”

For decades, officials in both countries have stuck to the same lines about the value of collaboration in space: Past conflicts and competitions aside, projects such as the ISS are bastions of international cooperation, an emblem of our better selves, especially during times of crisis. Our efforts in space are, no pun intended, above all that. That framing doesn’t always hold. In 2014, when the U.S. and other countries issued punitive measures against Russia for its takeover of Crimea, questions about the welfare of the ISS effort came up. Then, as now, there were inflammatory comments thrown around from figures like Rogozin, who is himself under U.S. sanctions for his role in the invasion of the Crimean peninsula. And then, as now, there were assurances from NASA that the two nations’ work on the ISS would be just fine. (Rogozin appeared to calm down after NASA said Thursday night that a new U.S. ban on technology exports to Russia wouldn’t extend to ISS operations.)

The ISS is divided into American and Russian segments, and it relies on both sides to function: While NASA supplies electricity to the entire station, Roscosmos provides the spacecraft that attach to the ISS and periodically nudge the whole thing into a higher altitude—the capabilities to which Rogozin referred in his provocative posts. These spacecraft are supposed to help decommission the ISS, when that time comes, by pushing it into a careful plunge through Earth’s atmosphere that ends over the ocean. If Russia were to suddenly jump ship, NASA and its other partners on the ISS could come up with an emergency solution before the station was in danger or became a danger itself. NASA is already exploring other propulsion options; an American spacecraft currently docked to the ISS is scheduled to test some orbit-boosting moves in April.

The ISS is still chugging along. (In fact, a Russian spaceship gave the station its latest gentle boost after Rogozin’s menacing warnings.) The U.S. intends to keep operations going through 2030. Russia has signaled a potential earlier exit than that, saying it would assemble its own home in orbit.