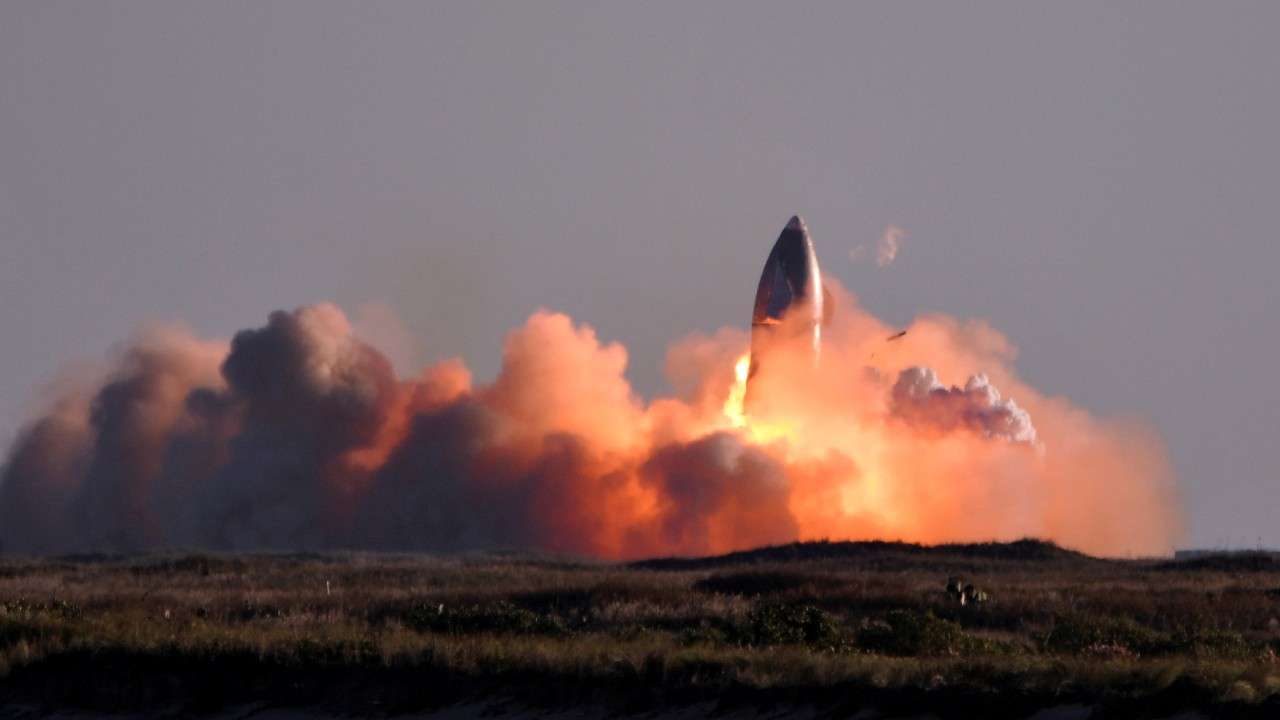 SpaceX performed the first high-altitude test flight of a prototype of its Starship launch vehicle Dec. 9, with the vehicle successfully lifting off the pad but exploding when attempting a landing several minutes later. 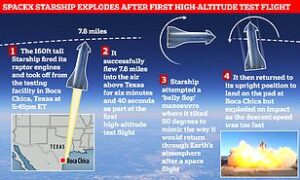 The Starship SN8 vehicle lifted off from SpaceX’s test site at Boca Chica, Texas, at approximately 5:45 p.m. Eastern. The flight was the first high-altitude test of the vehicle, intended to go to an altitude of 12.5 kilometers before descending and making a powered vertical landing back at the launch site.

The last engine shut down 4 minutes and 40 seconds after liftoff, at which point the vehicle began to descend. It shifted into a horizontal orientation, using its fins to guide its descent. At 6 minutes and 32 seconds after liftoff, Starship reignited its engines and reoriented to the vertical to attempt a powered landing. However, the vehicle appeared to be going too fast and made a hard landing 10 seconds later, exploding.