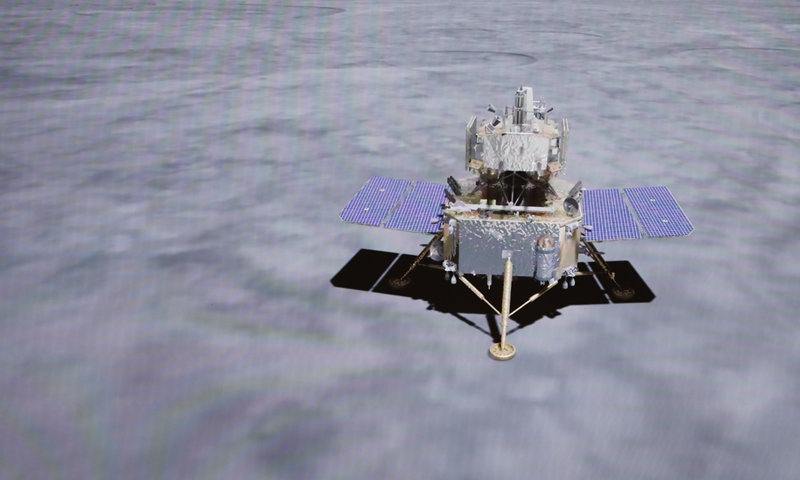 The Chang’e-5 ascent vehicle which carried precious samples into lunar orbit was commanded to crash into the moon Dec. 7 after completing its role in the mission.

The impact occurred at 0 degrees longitude and 30 degrees south. The reported coordinates suggest an impact between the ancient craters Regiomontanus and Walther in the southern highlands region.

The ascent vehicle was a crucial component in the complex 23-day Chang’e-5 mission to collect lunar samples and deliver them to Earth.

On Dec. 5., the spacecraft successfully completed the first attempt at a robotic rendezvous and docking in lunar orbit.

The unprecedented event allowed the transfer of the samples to a reentry capsule attached to the Chang’e-5 orbiter. The ascent vehicle was jettisoned six hours later along with a docking adapter.

The docking was a crucial moment in the sample return mission which launched from Wenchang, south China, Nov. 23. While hundreds of tests and simulations had been run on the ground, the docking would take place 380,000 kilometers away and required an accuracy of no less than five centimeters, according to mission officials.

The Chang’e-5 orbiter remains in lunar orbit awaiting a window for trans-Earth injection which would result in a reentry and landing of the reentry capsule at Siziwang Banner, Inner Mongolia, around 112 hours (4.6 days) later.

Chinese state media reported the burn is scheduled for the next few days, but is expected to take place around 9:50 p.m.  Eastern Dec. 12 in accordance with a planned 23-day mission.

The burn to head home, subsequent trajectory correction maneuvers, reentry vehicle separation from the orbiter module around 5,000 kilometers from Earth, and a skip reentry — involving bouncing off the atmosphere once — are the remaining mission events required to get the samples home.

Future applications but no extended mission

The success of the ascent vehicle also has applications for more grandiose plans. Litoff from the lunar surface and subsequent rendezvous and docking are activities required for a planned Chinese Mars sample return around 2030, and crewed missions to the moon.

Reports from Chinese media following the successful docking stated that the ascent vehicle had considerable remaining propellant and an extended mission was being considered.

However the CLEP announcement stated that the craft was deorbited responsibly to prevent it becoming space junk which could impact future missions.

The impact appears to have occurred in an unlit portion of the moon and NASA’s Lunar Reconnaissance Orbiter—which imaged the Chang’e-5 lander and ascent vehicle hours after landing—would not be in an orbit to observe.

China currently has three operational landers on the moon but it is unclear if they can carry out science related to the impact.

Chang’e-3, which landed seven years ago in Mare Imbrium, is effectively retired but carries a sticky quartz crystal microbalance which had been used for dust detection. The Chang’e-5 lander remains active following ascent vehicle liftoff. The Chang’e-4 lander is currently hibernating while the sun rises over its location in Von Kármán crater on the lunar far side.