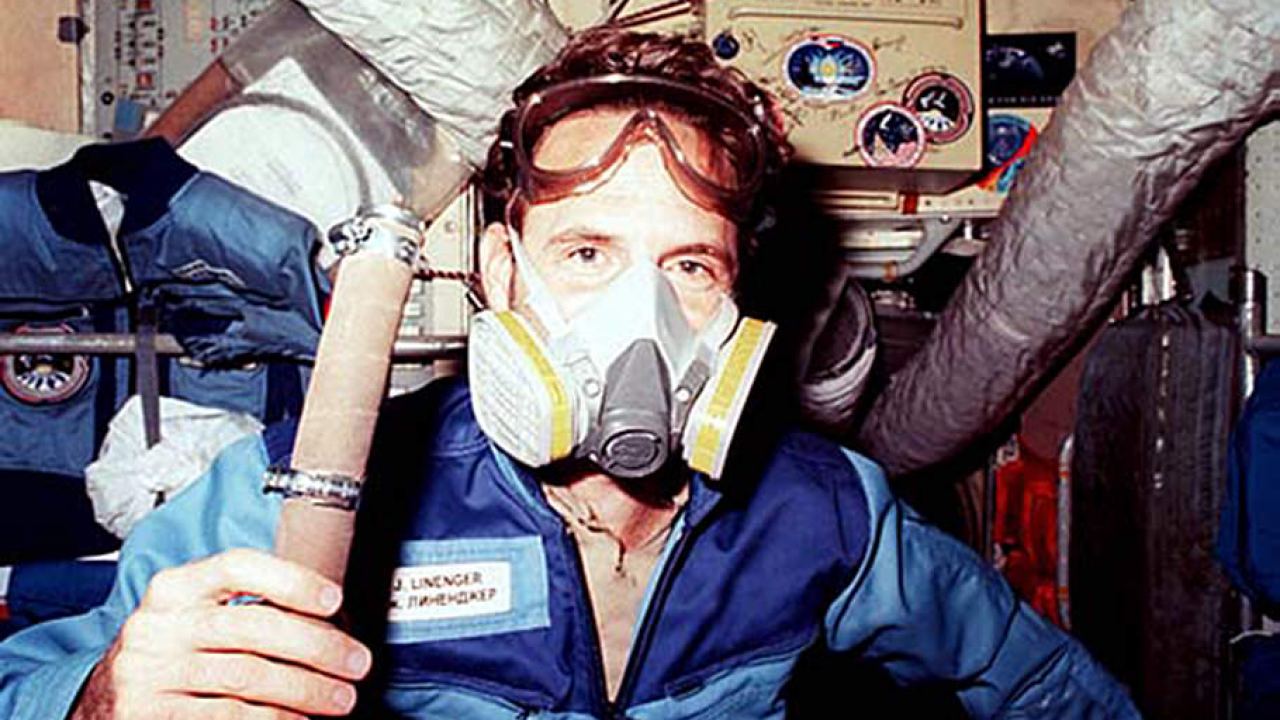 Radio traffic during VHF  in the morning of 24.02.1997 revealed that something serious had happened on board the Russian Mir space station. Somewhat earlier there was already an indication: a direct TV-link from Mir with Oberpfaffenhofen via Altair-1 for this morning did not take place. During the 3d pass for our position (orb. 62943, 1341-1348 UTC) the cloven hoof came out: in a conversation with his consultants on earth Ewald reported about a fire on board. This fire broke out last night. An oxygen cartridge caught fire and a grey smoke spread out in all parts of the complex. Korzun and Kaleri fought against the fire with extinguishers and the others tried to push back the smoke. All crew members had to wear gas-masks. 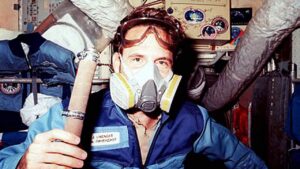 This lasted two and a half hours as per the maximum endurance of those masks. The extinction water caused a high humidity and the temperature of the atmosphere was higher than normal. Ewald did not get smoke or just a little bit in his longs and to remain on the safe side he swallowed coal- and vitamin tablets and milk products. He was very tired but he did not think that this had been caused by something like pollution, but by the lack of sleep. He went asleep at 6 o’clock in the morning and woke up 4 hours later. Jerry Linenger was very busy collecting air samples for pollution tests. He also tried to determine the amount of formaldehyde. The crew of six was in the Base Block when the fire began in an adjacent room. Russian toxicologists are analyzing telemetric data about Mir’s onboard atmosphere. The crew already collected urine- and saliva samples and later on they got instructions to collect blood samples and to do additional medical tests. In the course of the day a TV press conference was on schedule and a lot of journalists were waiting in Oberpfaffenhofen. Ewald told that the events had caused such a mess in the station that it was not convenient to have that TV session today.

What happened in space history today?