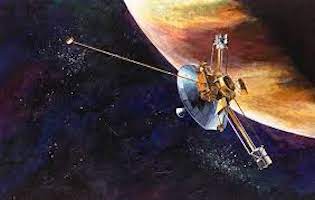 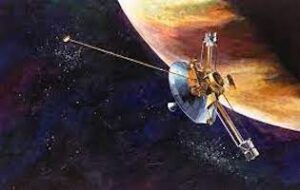 On Feb. 23, 1990, NASA’s Pioneer 11 spacecraft left the solar system! This was the second spacecraft to travel beyond the planetary part of our solar system, which ends at Neptune’s orbit.

An almost identical spacecraft named Pioneer 10 made it past Neptune’s orbit about seven years earlier.

Both Pioneer spacecraft carried gold plaques with information about Earth just in case they encountered any aliens out there in space.

On its way out to interstellar space, Pioneer 11 flew through the asteroid belt and swung by Jupiter and Saturn

February 24, 1997: Fire Breaks Out on Board the Russian Mir Space Station
February 20, 1962: John Glenn is the First American to Orbit the Earth
Comment