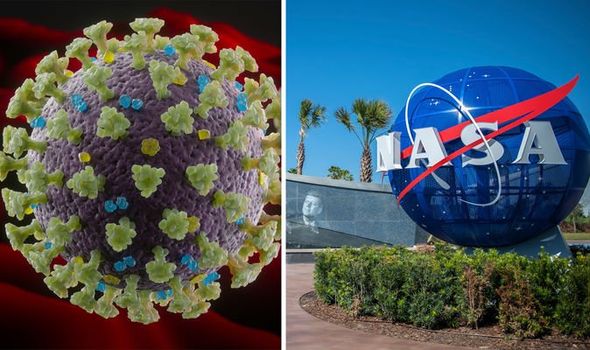 A NASA audit concluded that costs imposed by the COVID-19 pandemic on the agency could reach $3 billion, with several major science and exploration programs accounting for much of that cost.

A March 31 report by the NASA Office of Inspector General (OIG) stated that the agency expects that the pandemic’s effects on the agency, ranging from closed facilities to disrupted supply chains, to be nearly $3 billion. Of that, about $1.6 billion came from 30 major programs and projects, defined by NASA as those with a total cost of at least $250 million.

“Although NASA managers include schedule margin in program and project plans to address unforeseen circumstances, in many instances the margins were not sufficient to absorb the impact of the pandemic,” the OIG report stated. It added the full cost accounting of the pandemic won’t be possible “until after the COVID-19 emergency has subsided.”

The project with the largest cost increase in the report is the Nancy Grace Roman Space Telescope, formerly known as the Wide-Field Infrared Survey Telescope (WFIRST). It reported $3 million in costs because of the pandemic in fiscal year 2020, but estimates nearly $400 million in additional impacts in future years. The mission has a lifecycle cost of $3.9 billion.

The Space Launch System had the second-highest cost increase in terms of overall dollars, at $363 million, of which $8 million was in fiscal year 2020 and $355 million in fiscal years 2021 through 2023. A three-month delay in the first SLS mission, Artemis 1, along with “rephrasing production” each accounted for about one-third of the costs. The rest came from “surge costs” to compress schedules as well as the costs of facility shutdowns.

The James Webb Space Telescope will see its cost increase by $100 million because of the delay in its launch from March to October of this year. That increase, though, will be contained within the $8.8 billion cost cap for the mission using existing budget reserves.

Two other science missions in development, Europa Clipper and the Plankton, Aerosol, Cloud and ocean Ecosystem (PACE), reported cost increases of $97 million and $89.2 million, respectively. PACE, whose cost increases account for about 10% of its estimated total cost, will also see its launch slip by nine months.

How NASA will cover those costs is not certain. The agency received just $60 million in the Coronavirus Aid, Relief, and Economic Security (CARES) Act in March 2020, which the agency is using for pandemic-related costs ranging from enhanced information technology infrastructure to personal protective equipment. Hertz, in recent presentations, noted that overruns in one part of NASA’s astrophysics portfolio, such as the flagship missions JWST and Roman, would not be paid out money in other parts of the portfolio, like smaller missions or research funding. So it seems, the effects of Coronavirus on NASA will be considerable as one of the disturbing effects of the Covid19 pandemic on the space sector.

TagsCoronavirus and NASA Covid19 Pandemic and NASA How much is NASA budget? NASA NASA Budget