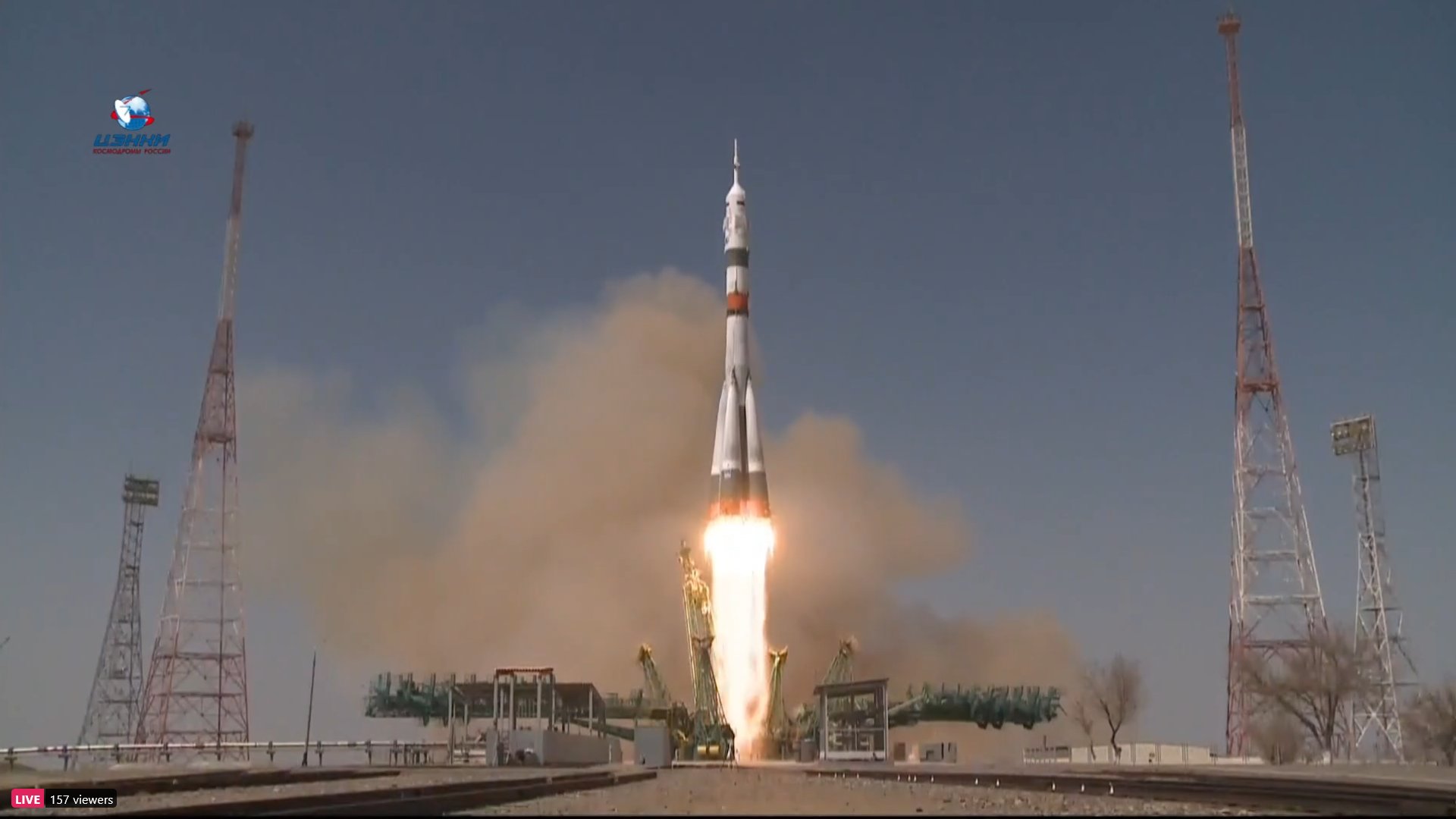 A three-person crew embarked for the International Space Station on Friday (April 9), launching just three days shy of the 60th anniversary of the first human spaceflight.

Cosmonauts Oleg Novitskiy and Pyotr Dubrov of Russia’s state space corporation Roscosmos and NASA astronaut Mark Vande Hei lifted off aboard Russia’s Soyuz MS-18 spacecraft for a three-hour, two-orbit rendezvous with the space station. The Soyuz took flight at 3:42 a.m. EDT (0742 GMT or 12:42 p.m. local time) from Site 31/6 at the Baikonur Cosmodrome in Kazakhstan, near where cosmonaut Yuri Gagarin made history by becoming the first person to fly into space on April 12, 1961.

To honor the anniversary, the Soyuz MS-18 spacecraft was christened the “Yu.A. Gagarin” and bore the name on its exterior insulation.

“It is a big honor for us to fly and celebrate the anniversary of the first flight into space,” said Novitskiy on Thursday (April 8), addressing the Russian state commission that approved the crew’s launch.

“For me,” added Dubrov, “it is a special honor to have my first flight on such an important date when we are celebrating the 60th anniversary of the first flight into space.”

That the crew included an American underscored one of the key advancements made since Gagarin’s one-orbit Vostok mission, said Vande Hei.