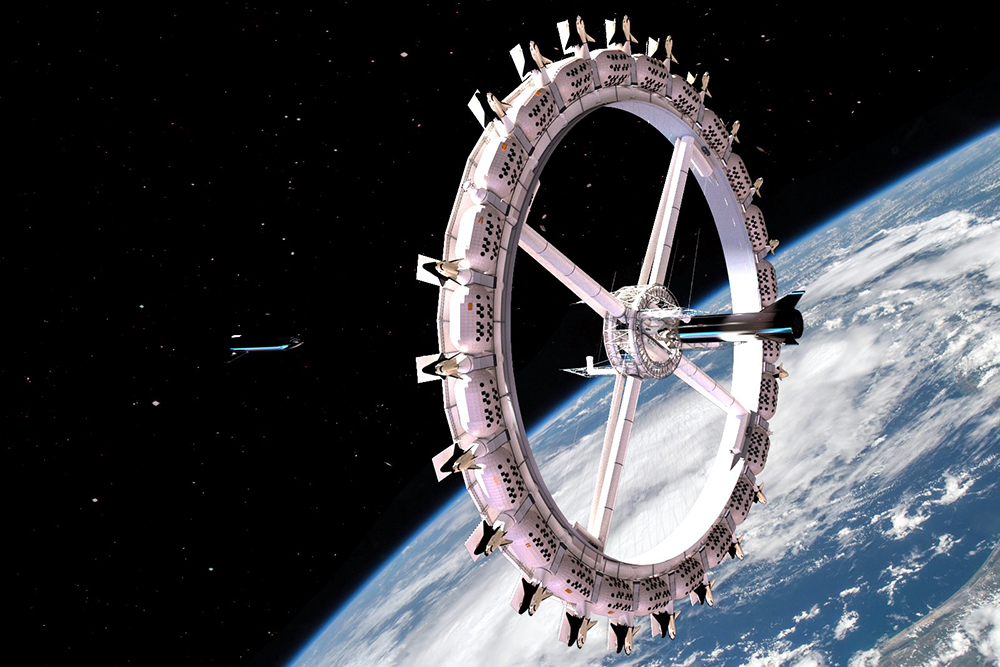 Orbital Assembly Corporation, the first large scale space construction company, today announced the opening of its new production facility in Fontana, California that develops the technologies and structures to build the world’s first space hotel with lunar levels of gravity between the Earth and the moon.

In addition to serving as new corporate offices, the facility will be used to develop and test large scale on orbit technologies. Orbital Assembly develops semi-autonomous robotic machines capable of building and assembling large structures in space quickly, and efficiently. The company is progressing towards its first mission launch deadline scheduled for 2023 and will begin a new round of financing in May via Net Capital to raise $7 million.

Early this summer, the first milestone is to test the processes on Earth using the Demonstrator Structural Truss Assembly Robot (DSTAR) fabricator. DSTAR will assemble the truss framework the length of a football field, to be used for the slowly-rotating space facility.

Following the successful test, the upcoming demonstration mission will launch a flight version of DSTAR, the Prototype Structural Truss Assembly Robot (‘PSTAR’), in low Earth orbit. It will assemble 52 meters (156 ft.) of truss in a circle, creating a ‘ring’. Four on-board propulsion modules will ‘spin’ the ring, to demonstrate Orbital Assembly’s construction capabilities with the PSTAR and delivering, for the first time ever, lunar levels of artificial gravity.”

“This is our next benchmark in developing, testing and vetting the DSTAR components, to ensure that we are mission ready, when we’ll launch PSTAR and build the Gravity Ring,” says Chief Operating Officer and Vice President of Habitation, Tim Alatorre. “We are excited for our first demonstration of DSTAR and the technologies we have designed.”

The space hotel is expected to receive its first customers by 2027.