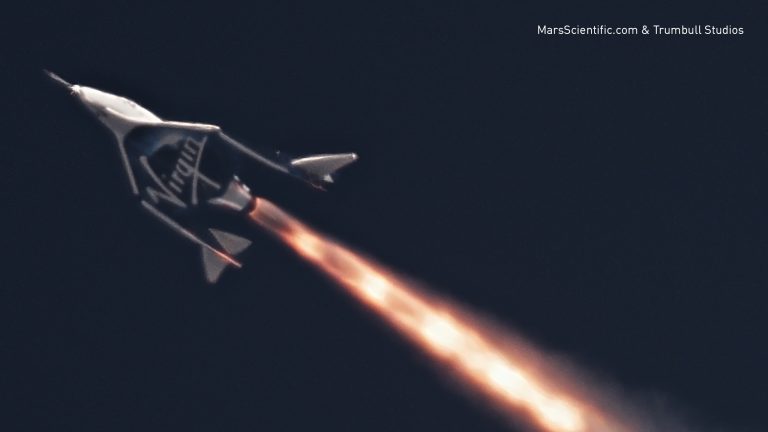 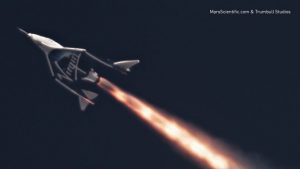 NASA and Virgin Galactic team up for a deal that aims to help the US develop “high-Mach vehicles for potential civil applications.”

Virgin Galactic and NASA will work together to help get superfast air travel off the ground.

NASA has signed a Space Act Agreement with Virgin Galactic and its manufacturing subsidiary, The Spaceship Company, representatives of the suborbital spaceflight company announced on Tuesday (May 5).

The deal is designed to foster collaboration “in order to advance the United States’ efforts to produce technically feasible, high-Mach vehicles for potential civil applications,” Virgin Galactic representatives said in a statement.
“This is the beginning of an important partnership for Virgin Galactic and The Spaceship Company that will support the future development of aviation technology,” Virgin Galactic CEO George Whitesides said in the statement.

“Virgin Galactic’s unique experience and innovative technology platform will, in partnership with the historic capabilities of NASA and other government agencies, enable the progression of new technical steps that will improve U.S. competitiveness,” he added. “We see this as an area with tremendous growth potential that we will continue to invest in, alongside our commercial spaceflight operations.”

Virgin Galactic is gearing up to fly paying customers to and from suborbital space on VSS Unity, its latest SpaceShipTwo spaceplane. The six-passenger Unity is in the final phases of its test campaign and seems on target to begin operational flights out of New Mexico’s Spaceport America soon, perhaps sometime this year.

More than 600 people have reserved a seat to fly on SpaceShipTwo, company representatives have said. Virgin Galactic isn’t selling more tickets at the moment, but in February of this year the company offered people the chance to jump to the front of the line when that time comes. More than 400 people have put down a refundable $1,000 deposit via this “One Small Step” initiative, company representatives said in today’s statement.
While Virgin Galactic’s primary business interest has long been the establishment of a suborbital spaceline, company representatives have repeatedly expressed interest in ferrying passengers on superfast trips from point to point here on Earth.

Indeed, Tuesday’s statement notes that Virgin Galactic and its industry partners are “seeking to develop a vehicle for the next generation of safe and efficient high-speed air travel, with a focus on customer experience and environmental responsibility.”

And NASA is now part of this emerging picture as well.

“This Space Act Agreement will enable NASA to collaborate with Virgin Galactic and The Spaceship Company to allow our organizations to take advantage of new tools, techniques, and technologies developed over the last 50 years and to explore potential new solutions for the commercial aviation industry,” James Kenyon, director of NASA’s Aeronautics Advanced Air Vehicles Program, said in the same statement.