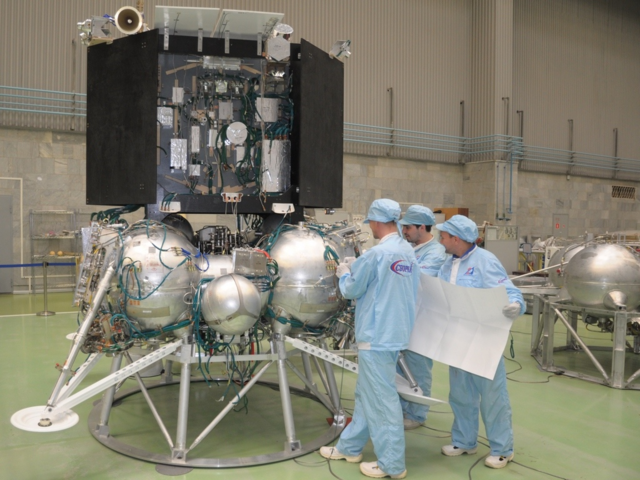 Russian Lunar Program back on track

Putin declared that Russia is going to restart its own lunar program, develop a nuclear space tug, and field a new launch vehicle, Russian media reported. But ongoing sanctions on Russia warrant some healthy skepticism on the feasibility of these programs.

The Russian leader made the announcement on Yuri’s Night, the 61st anniversary of Soviet cosmonaut Yuri Gagarin’s historic first orbit around the Earth. 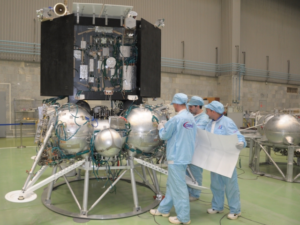 The Russian Lunar Program: Russia has been planning a series of robotic lunar expeditions for several decades now. Roscosmos has delayed the Luna-25, -26, and -27 expeditions for about a decade so far, but plans to launch the missions in the next few years. The first, Luna-25, is scheduled for this August.

Those other missions? The most likely culprit for the launch vehicle Putin referred to has also been in development for decades. It’s unlikely to get off the ground anytime soon, Ars Technica’s Eric Berger writes. The vehicle, Orel, is meant to be able to deliver humans to LEO and the Moon. The nuclear tug Putin mentioned is even more conceptual, and it’s anyone’s guess when it might manifest in reality.

ESA announced yesterday that it will officially end its cooperation with Roscosmos on the Luna missions. The agency had initially signed on to provide lunar landers for Luna-25 and 27 and a lunar orbiter on Luna-26. Last month, ESA decided to officially cut ties with Roscosmos on ExoMars. The Mars rover mission has been bumped to 2026 or, more likely, 2028 as long as ESA cannot launch it on a Soyuz.
ESA has already built and delivered an experimental navigation camera, Pilot-D, slated for use on Luna-25. The agency has requested the camera back from Roscosmos, but it’s reportedly already integrated with the mission.
For Luna-27, ESA would have supplied Roscosmos with Prospect, which consists of a drill and analysis package. ESA director general Josef Aschbacher said that NASA will fly that payload to the moon instead as part of its Commercial Lunar Payload Services program.