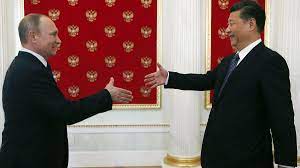 Russian space program which has been dormant for decades and which has mainly focused on ISS transportation is waking up after its long sleep to start its space programs again with the upcoming Luna 25 mission in October 2021. Now its also partnering with the Chinese Space program to get an asteroid sample and to study a comet and becoming partners in this endeavour.

China has selected a Russian science payload to fly on an upcoming mission to sample a near-Earth asteroid and later visit a main-belt comet.

China is aiming to launch the ambitious mission around 2024. First, it will collect samples from the small near-Earth asteroid Kamo’oalewa. Then, the spacecraft will return to Earth to deliver the samples and use the planet’s gravity to send the spacecraft toward the main asteroid belt to orbit the Comet 133P/Elst–Pizarro.

Russia will now join the mission with instruments built by the Space Research Institute of the Russian Academy of Sciences. The payload was selected following a 2019 call for proposals announced by the China National Space Administration (CNSA) for the combined asteroid-comet mission.
The spacecraft, tentatively named ZhengHe after a famous Chinese naval explorer of the early 1400s, will carry a range of imaging, multispectral and spectrometer cameras as well as a radar, a magnetometer and payloads for detecting a range of particles. Now, some of those payloads will come from Russia’s Space Research Institute.

“We agreed with one group from China to split instruments,” Oleg Vaisberg, a space physicist at the Space Research Institute and principal investigator of the payload, said. ULTIMAN and ULTIWOMAN will detect ions and electrons, and a small detector for studying how solar wind plasma interacts with the small bodies will also be provided by the Russian side. That payload will measure any potential tenuous atmosphere and ionosphere of the main-belt comet, as well as study the interaction between the solar wind and the two small bodies.

The ambitious mission will see the spacecraft use four robotic arms to land on Kamo’oalewa, with drills on the arms to secure the probe to the asteroid’s surface, according to an early mission outline.

In addition to carrying a sample capsule that will deliver asteroid bits to Earth, ZhengHe will also carry a nano-orbiter and a nano-lander for remote sensing and on-the-ground exploration of Comet 133P. The spacecraft will use an explosive to expose the subsurface of the comet ahead of the nanolander’s touchdown; that robot aims to use its instruments to study the composition of the comet’s subsurface, with a special interest in water and volatiles.