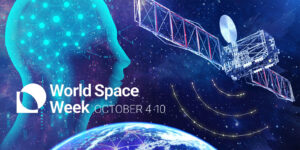 would like to congratulate the 64th anniversary of the launch of Sputnik on October 4, 1957, which started the space age for mankind. We believe that since the inception of the first known settlement in Gobeklitepe circa 9000 BC, humans have always looked upon the stars with the Dream of Stars. Congratulations to everyone on the 64th anniversary of Space Day and Space Week 2021. #spaceweek #sputnik #spacenews #spacetechnology #spaceindustry #spaceinnovation

← 2021 An Exciting Year for Aerospace Developments Across the World October 4, 1957: The Launch of Sputnik and the Dawn of the Space Age →