The Space Shuttle Program of NASA was one of the turning points in the mankind’s quest for space. It made manned flight become more common by having reusable spacecraft that could be used for several missions again and again. Space Shuttle Program which had its first flight on April 12, 1961 was able to make going to space become commonplace and many civilians were also able to go to space due to the space shuttle program.

Between the first launch on April 12, 1981, and the final landing on July 21, 2011, NASA’s space shuttle fleet — Columbia, Challenger, Discovery, Atlantis and Endeavour — flew 135 missions, helped construct the International Space Station and inspired generations. NASA’s space shuttle fleet began setting records with its first launch on April 12, 1981 and continued to set high marks of achievement and endurance through 30 years of missions. Starting with Columbia and continuing with Challenger, Discovery, Atlantis and Endeavour, the spacecraft has carried people into orbit repeatedly, launched, recovered and repaired satellites, conducted cutting-edge research and built the largest structure in space, the International Space Station. The final space shuttle mission, STS-135, ended July 21, 2011 when Atlantis rolled to a stop at its home port, NASA’s Kennedy Space Center in Florida.

As humanity’s first reusable spacecraft, the space shuttle pushed the bounds of discovery ever farther, requiring not only advanced technologies but the tremendous effort of a vast workforce. Thousands of civil servants and contractors throughout NASA’s field centers and across the nation have demonstrated an unwavering commitment to mission success and the greater goal of space exploration. 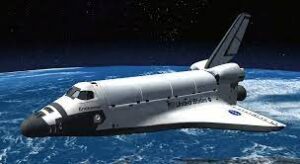 In July 2011, the space shuttle Atlantis touched down for the final time, ending the storied career of NASA’s fleet of space shuttles. The winged orbiters were NASA’s human spaceflight workhorses for 30 years and helped build the ISS, which celebrated its 20th anniversary of continuous human occupation last year.